All new members need to have their account active for 24 hours (lowest possible by bot) before joining due to security policy. This is to protect all members.

Please read the rules before posting. These rules cover the game and the forums. If you are having issues understanding the rules and have questions, please post them here. 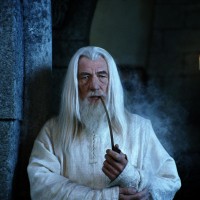 Rules in other language: Russian/Русский

1) The use of derogatory language/words that are, can, and/or could cause offense, be demeaning, and/or inappropriate by definition. (Including acronyms, euphemisms, phonetics and the ilk)

a) Acronyms are a short spelled version of words. If the acronym is KNOWN to have the above defined use of language/words, IT IS considered profanity and you will be warned or banned, REGARDLESS of what you meant by the acronym in question.

1) Discussing and/or making comments to one another about sexually explicit, relationships, flirting, or any other thing that pertains to a sexual nature on the game, forum, and/or any other means/method of communication that Hackerz.Online provides to you is strictly prohibited.

a) If any moderator/administrator/staff or user sees it or gains proof of any conversation you will be warned. If you DO NOT conform to the warning, your account will be chat banned or permanently banned from the game and forums.

b) Sex crimes, to include but not limited to, sexual harassment, sexual solicitation, stalking, sex trafficking, or anything of nature WILL result in a permanent ban and your user information reported to the authorities in your area.

Drug Conversations and Controlled Substances are:

1) Drugs and/or controlled substances (legal and illegal) are substances that can impair one's physical and/or mental judgement.

a) Any user trafficking, attempting to deal, discussing, or feel the need to prompt drugs or controlled substances will result in a warning and/or a ban, depending on the severity of the case, and may be reported to their local authorities.

Hacking/Cracking is (but not limited to):

1) The use of technology to forcefully break in to, exploit, steal, and/or share material(s) gained from a source that does not rightfully belong to the intruder.

a) This includes sharing tools, tips, macros, hyper links, or any other content pertaining and/or related to hacking, cracking, rooting/jailbreaking, phreaking, scripting, and/or programming. (Also includes hacking/cracking/cheating in the game).

b) If you are caught, you will be warned, banned, permanently banned, and/or reported to the authorities (Police, FBI, CIA, etc...) pending review.

c) If you find bugs, weaknesses, or anything that may cause a breach of the game, it's content, or it's security, we welcome reporting it via private message, or emailing the developer.

This also includes talking about botting[/u] which is an exploitive program. This would also include chatbots, and similar devices.

Reason: Scares off people who think they might get hacked by other players in the game.

No Publicly Sharing or Requesting IP Addresses, or Passwords

1) The game provides assigned IP address. The ONLY way you can share IP addresses and passwords is in your guild chat or the e-mail in game.

a) The system is automatically set up to ban you if you attempt to share IPs and passwords in Global chat and your country chat.
b) Attempting to bypass the system and posting an IP in any other way, shape or form, will result in the same effect as trying to post an IP


- Starts spamming IP in the room. removes a fair play from the game. (however you are alowed to share IPs in guild chat or anywhere else)

1) The consistent use of letters, words, emoticons, numbers, punctuation, sentences, or any other repeated content that is more than 3 characters.

CAPS/FULL USE OF CAPITAL LETTERS IS:

2) The constant use of capital letters in any form or manner.

a) You will be warned at first, then banned if you feel the need to continue. (Tip: Before sending a message, make sure you read what you send first.)

Reason: No one likes a chatroom full of useless text

3) The use of communication to promote/advertise.

a) The ONLY exception to advertising is to promoting a guild recruitment.

b) IF you have made something for the game and/or the content herein, email the developer with it. THE DEVELOPER READS ALL OF YOUR EMAILS.

reson: Abusing the service for own purpose

NO Commands, Programming Codes, or Cryptic Codes in Game Chat or Forums.

1) The commands available are listed when you type "/help" within game chat. Do not try commands because they will not work and possibly result in an automatic ban.

2) Programming codes such as the use of HTML, C++, Visual Basic, Python, Java, or any other form of code will result in a warning and/or a ban.

3) Cryptic codes are unacceptable. This include binary, ASCII, "leet" speak, dots, dashes, or anything else that is not plain English (or language within your respective country chat) is prohibited and will result in you being banned.

Reason: Considered spam as they are useless. Might scare some players from the game of fear of getting hacked.

1) The use of offensive language and actions that cause offense or harm to an individual(s).

a) This will result in a warning, ban, and/or permanent ban of your account. Your chat privileges will be revoked.

2) This includes sexual orientation, creed, ethnicity and skin color. Any violation or constant talks about these talks will result in a warn and/or a ban.

No Discussing Religion or Politics.

1) The belief of an existence in a supernatural power, God(s), and/or idea.

a) Any religious talks, whatsoever, are not allowed in the chat. This will cause disarray with everyone in the room, because of the multiple religions out there, and cause nothing but conflict. This is one of the most avoided topics, because of the diversity of everyone.

a) Do not start talk about politics. You will be warned and then banned if you continue.

Global Chat is English Only

1) Just use English in Global Chat.

a) You have country chats so you can speak in your own native language. If this rule isn't followed, it could result in a warning and/or ban.

a) You local chat is there so you can speak in your own native tongue. For the US, Canada, and other locales that English is a primary language, there may be a secondary language also allowed.
I. For US chat, using Mexicano (Mexican Spanish) is allowed. That is the second, frequently used language in the United States. Please use in moderation. Some moderators cannot decipher what one is from another.
II. For Canadian chat, you can use English and Canadian French to speak. As with The United States, if the moderator does not understand the language, they may ask for either a translation, or time to translate what was said.

Reason: English is a global language (sort of) and most spoken language on Earth, 95% of the chat users won't understand your language if it was not English, so they might consider it a spam. (imagine yourself in a Chinese chat room if you don't read Chinese), also there are country chat rooms specifically for using your own language!

1) Asking for help is welcomed everywhere but PLEASE watch and read the tutorials provided to you.

2) Do not become angry or irritated because someone is not answering you because you should have read/watched the tutorials and forum guides. You have plenty of tools at your disposal.

a) If you need clarification on something, feel free to ask via in-game chat, forum, or telegram a moderator.

Tools to help you:

Reason: Asking question that need looong answers wont help you much in the chat. there are thousands of new players daily this will render the chat room a Q&A area asking same question again and again. Those who don't read won't be able to play the game anyway!

Using macros or any type of automation will result in your account deletion without a warning
Macros are a way to attempt to fool the game or automate chat. These are not allowed
This includes bots and speaking about using bots whatsoever.

No judging or discussing moderators decisions or chat rules, this will be treated as an attempt to scare people off and misuse of the chat system.

If a moderator bans someone, don't question it. Leave the topic alone and move onto something else.

If you need refinement of the chat rules, you can contact a regular in the chat, via private message. Make sure though, the person you do contact, has the available time to be able to straighten it out with you

Reason: Questioning mods decisions will start up a fight (always did that why the dev made the rule). If you believe the ban was unjustified, email the developer with ENOUGH screenshots. however if you emailed the dev and the ban was justified, you might get a permban for lying and not knwoing the rules.

The game chat system and forums are designed for game play ONLY. If you want to use this chat for off-game-play topics you might get blocked.

For general talking use PMs and/or other chat apps. Discussing the rules is prohibited and is not related to the actual game play.

If you are to speak of another game, within the game, you may get banned. There are other places to speak about such things.

For general talking, use either the room or pm, or you can talk in a completely different application to do such a thing.

Reason: Fights and off-side topics. which are not the place in this game.

Posting links are forbidden in-game
This is a fine-line topic. If it has to do with the game (official links only), that is fine, along with the developer's e-mail address. If you want to advertise your site, or anything else, out of the game's domain, it must be cleared with the developer of this particular game.

Posting links on the forum is allowed. Please though, do not have a malicious site, or anything like that.

Discussion of these rules, might be clarified further, and is always a work in progress. There is always something arises, that is forbidden, it could be, potentially, be added to the rules.

It is advised to periodically check the rules, to see any changes.

RULES ARE SUBJECT TO CHANGE WITHOUT NOTICE.

ohh what a nice post you create odie! easy to understand and cover all the rules

i wonder if this isnt clear enough for people to read... For those who didn't read this post, you shall not pass!


There was a small assist, with additional stuff...
Top

In country chat, so many people spam, etc. But, account not get ban.

First off...what country?
About what time?
And was there a mod online that knew of to be able to lock the room down?
Top

Please provide links to screenshots so that we can direct them to the proper channel.
ILL|VDT|uWx|Zerokool-X

Return to “The Rules”

Users browsing this forum: No registered users and 1 guest